This book celebrates two ‘titans’ of 20th century book design: John Mardersteig and Jan Tschichold. Hans Schmoller tells the story of two men who, from humble beginnings, became influential typographers of the last century: Tschichold as head of design at Penguin Books and Mardersteig as founder of Officina Bodoni. Illustrated with 30 examples of their work, this book was printed at the Stamperia Valdonega in Verona by Mardersteig’s son Martino. Schmoller was also a recognised book designer and was Tschichold’s successor in designing Penguin Books. The book was prepared for printing by Abe Lerner. 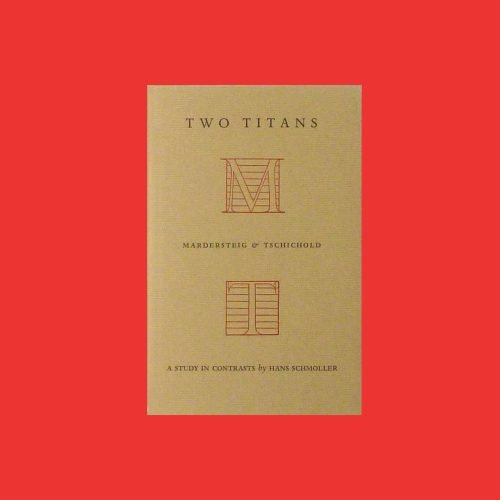