“Writing becomes art and individual letters take on a life of their own”.
– La Repubblica

The first published monograph on the artist is now available in a new, larger softcover edition. The book features hundreds of drawings including commissioned works, personal projects, performances and many never-before-seen works. Barcelona is internationally regarded as one of the most important lettering artists working today. Ideal for calligraphers, graphic designers, type designers, art directors, advertising professionals, illustrators and students.

For Luca Barcellona, letters are the building blocks of his creations. From Carolingian to tags, from quill pen to spray can, Barcellona takes the ancient craft of lettering to new heights with the inventiveness and talent of a contemporary virtuoso. His surprising, expressive and original forms and compositions open up unexplored territory, laying the foundations for a new style of lettering. Barcelona’s versatile work is admired and commissioned by major brands in fashion, music, film and publishing.

With contributions by: Charles ‘Chaz’ Bojórquez, legendary urban artist from Los Angeles, who began his career in the Chicano scene of the late 1960s and over the years has successfully transitioned from the street to the art gallery; Giovanni De Faccio, professional calligrapher, typeface designer (his best known is Rialto DF), and founding member of the Associazione Calligrafica Italiana. He is internationally renowned for his teaching and dedication to the promotion of calligraphy. He teaches calligraphy and type design at the New Design University in St. Pölten, Austria. Nicola ‘Dee Mo’ Peressoni made his debut in the late 1980s as an illustrator of European hardcore punk covers, posters and fanzines and went on to work in hip hop, becoming a pioneering figure in graffiti and Italian rap. His writings have been published in “Max”, “Rumore” and “Rolling Stone”. 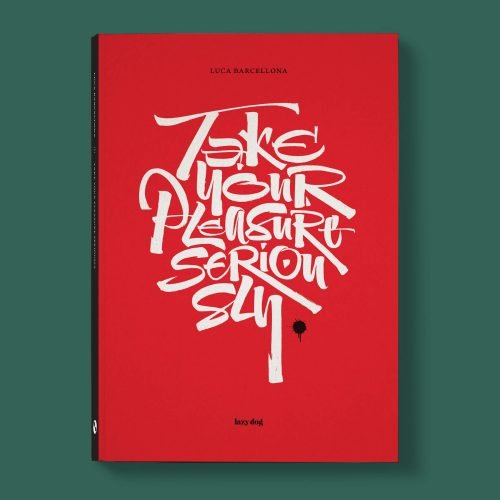