Author: Maurizio Baroni
Out of Stock

Beginning in the post-war period, the Italian film industry needed to involve artists to illustrate and promote its films. Thus the ‘cinema artists’ were born. In the 432 pages of this extensive collection of images, around 500 of which many are unpublished, there are several levels of interpretation. The first is that of the curator, Maurizio Baroni, perhaps the best known enthusiast and collector in the Italian film world. Over the years, his passion has led him to collect tens of thousands of posters, playbills, flans, sketches and to get to know and frequent almost all the 29 artists published in the book, as well as actors, producers and directors. He recounts half a century of cinema through posters, sketches specially selected by him, numerous first-hand accounts and some very tasty behind-the-scenes stories, revealing above all the human side of this particular group of artists. Truly popular artists, who showed great originality and innovation by using diverse and unmistakable styles, thanks to the great expressive and narrative freedom they could enjoy. Often considered minor, they were nevertheless able to significantly influence the collective imagination.

Instead, calligrapher Luca Barcellona dwells on the other decisive element of film posters, lettering, while graphic designer Andrea Mi questions their legacy, reflecting on how and to what extent these compositional forms subsequently conditioned the graphic style and suggestions connected with it. Finally, art historian Alessandra Cesselon presents the painters one by one, contextualising their works in the artistic environment of the time, which she experienced first-hand as the daughter of Angelo, one of its main exponents. She rejects the appellation of ‘poster artists’ for them and claims a full rehabilitation of what she does not hesitate to define as a true artistic current. The book is aimed at film buffs and collectors in general, but also at graphic designers and illustrators, students and professionals, as a historical document for enthusiasts and at the same time an inspiration for new generations of communicators. 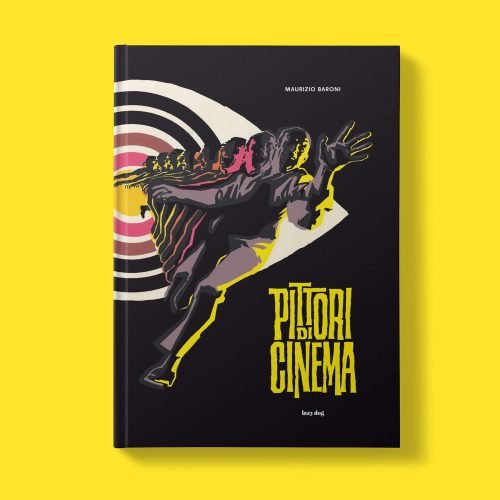