“It was a kind of music. Six months later I found an album of oriental paper, and I started to draw a kind of landscape score. I tried to find this music of forms, I looked for my Patagonia from the Patagonia I had crossed”.
– Lorenzo Mattotti

This is not the first time that Mattotti has felt the need to make an illustrated travelogue, he had already done so in 2014, collecting a series of drawings documenting his discovery of Vietnam in a precious travel book, later published by Louis Vuitton. On Patagonia, however, the artist does not want to make a full-fledged reportage, as he had done for the eastern country; what interests him about this place is only one aspect: its boundless and virgin nature, not its inhabitants and their stories that had so fascinated storytellers such as Bruce Chatwin and Louis Sepulveda. For Mattotti, Patagonia is first and foremost a place of the mind and that is why he strips it of colour to represent it, synthesising its forms, making it almost abstract to succeed in giving us back a sensation before an image, the sensation that every man feels when he finds himself in an extreme land, in a land at the end of the world.

Edited by Melania Gazzotti, the book presents all the 24 black and white plates contained in the Nepalese paper notebook where Mattotti copied his travel notes, together with a selection of colour drawings made by the artist in a classic Moleskine® notebook while he was in Patagonia. Both notebooks are unpublished and were made between 2003 and 2004.

The world’s best-known Italian illustrator, a never-before-seen exhibition and a book to collect: Patagonia by Lorenzo Mattotti promises to be a not-to-be-missed event for all lovers of contemporary illustration and beyond. 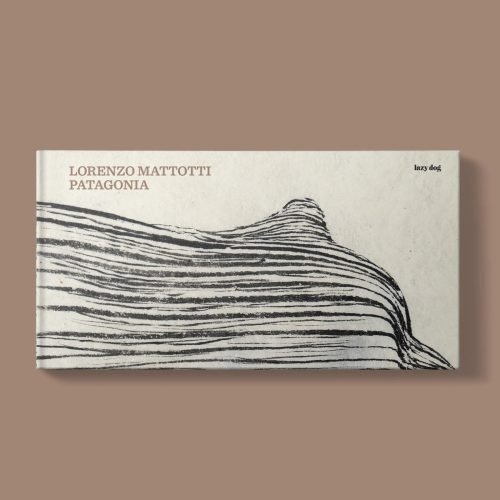