“… we cannot place anything else but the Manualetto d’estetica tipografica by ‘Signor’ Giulio Pozzoli and the Manualetto d’estetica tipografica by ‘Signor’ Giuseppe Chiantore [1813-1902]. The latter work especially deserves praise as much for the beauty of its literary form as for the goodness of the teachings it contains”. (G. Bobbio, 1879, p. 168).

Giuseppe Chiantore’s Dissertazione estetica sulla tipografia is a text that has never been reprinted since 1874, when it came out as an appendix to the Preface to Giambattista Bodoni’s Manuale tipografico, in the edition edited by Salvadore Landi and printed in Florence.
Not much is known about Giuseppe Chiantore (1814-1902), but the Dissertazione estetica and the other writings collected in this book qualify him as an important figure in 19th century typography. He was an apprentice at the Turin printing house of Carlo Chirio and Carlo Mina. In 1839, he obtained a printer’s patent for the city of Alba. He entered into partnership with Gioacchino Sansoldi and in 1840 began operating under the name Tipografia Chiantore e Sansoldi. After about ten years he was in Pinerolo as printer to the Town Hall, and then to His Majesty. From 1873 to 1880 he went on to manage the Unione Tipografica di Torino founded by Giuseppe Pomba.

In addition to the Dissertation, it appears that Giuseppe Chiantore wrote only a few short occasional texts, all of which are reproduced here; the volume closes with a series of plates of Bodoni frontispieces taken from L’arte di Giambattista Bodoni by Raffaello Bertieri, Milan, 1913. 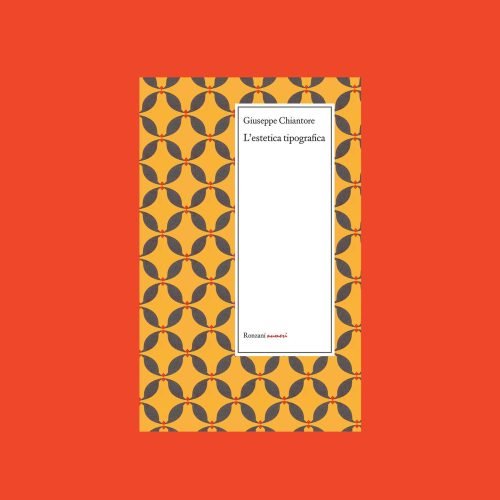