The designs of Swiss graphic designer Jost Hochuli contribute to defining an absolutely unmistakable typographic aesthetic, which establishes, between the ideal and material elements of which a book is composed, an unprecedented, very modern relationship, but one that is devoid of gratuitous eccentricities, and always fully functional to the reading and all-embracing communication of the different elements of the text. In spite of the great consideration he has enjoyed for some time now all over the world, in Italy Hochuli’s fame is mostly limited to enthusiasts of such a specific field as book design.

With L’ABC di un tipografo (The ABC of a typographer), written and designed by the author, The Printing Office offers the first Italian edition of an exemplary text to fill the gap and to get to know the refined idea of beauty that characterises the work of the Swiss Master. The volume is structured as a veritable abecedary through which the author traces, in a skilful graphic interplay of text and images, his long life dedicated to book design and typography. In the various entries of the ‘abecedario’, anecdotes and recollections of the greatest figures in the world of books, printing, calligraphy and letter design – from Adrian Frutiger to Alfred Fairbank, from Berthold Wolpe to Jan Tschichold to Max Bill – alternate with reflections on the main artistic currents and major themes of 20th-century graphic design and typography – such as Bauhaus, Calligraphic Kitsch, Legibility, Originality, Modernity, School, etc. – that make this book, according to the author’s own words, a true ‘abecedario’. – which make this book, according to Hochuli’s own definition, his ‘typographic testament’. 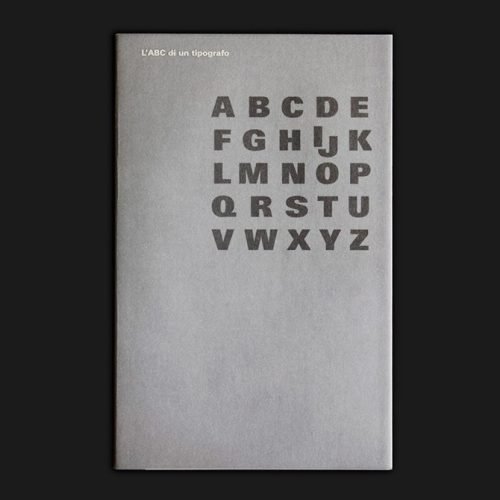