Photography is an act of self-awareness towards oneself and one’s cultural background. In his sixty-year career Franco Fontana has photographed what cannot be seen, succeeding in fixing through framing an ‘other’ image that is abstracted from reality, free from the portrayed subject. Geometry, proportions and composition have allowed him to reach, by progressive degrees, a conceptual synthesis that has been translated into linguistic unity and its formal manifestation, images.

Today, the crisis of the liquid society opens to the author the opportunity to explore new territories of the invisible ‘naked eye’, expanding the visual horizon and the iconographic structure while maintaining stylistic coherence and identity. If unity originates from the hybridization of differences, from the affirmation of unity itself originate the differences, in a system in constant balance between conceptual and formal, invisible and visible.

Invisible, a 168-page book with more than 100 photographs, is the restitution of meticulous archival research from which many previously unpublished shots have emerged: from the most experimental research to more intimate evidence of expressive freedom, which constitute the fertile ground from which grew the unmistakable style that has made Franco Fontana internationally famous.

Dedicated to those who know or approach the expressive path of the author, to those who want to explore that inner space, beyond reality, which belongs to the subjective interpretation, where you go in search of the image that is not yet there and that only the sensitivity of the photographer’s eye can capture and translate into a unique and unrepeatable shot. Thus, suddenly, the invisible becomes visible. 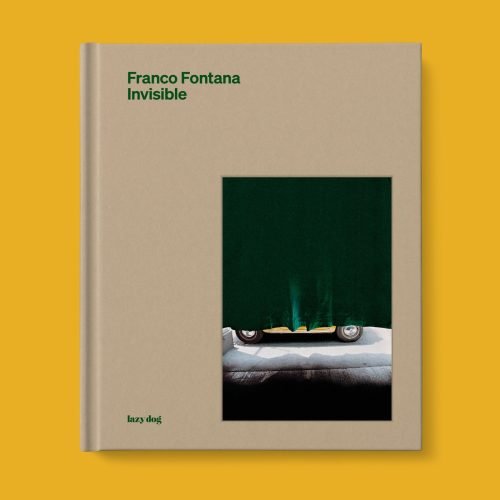