“What is a sigh made of?”
A mother’s sigh is made of worries and tiredness, but the little ones do not know what it is, otherwise they would be… big! What can they do then to make this sigh lighter? And what can daddy do?

This volume stems from the need to recount in pictures the affection between children and their parents, leaving, as is the artist’s custom, the few words associated with the evocative power of images to communicate to us the profound sense of this relationship. The eleven illustrated plates that make up this work tell of small and essential emotions waiting to be discovered.

Lazy Dog’s first book for very young children is dedicated to all mothers and the weight they are able to carry on their shoulders, but also to all the families who bend over backwards to share it. 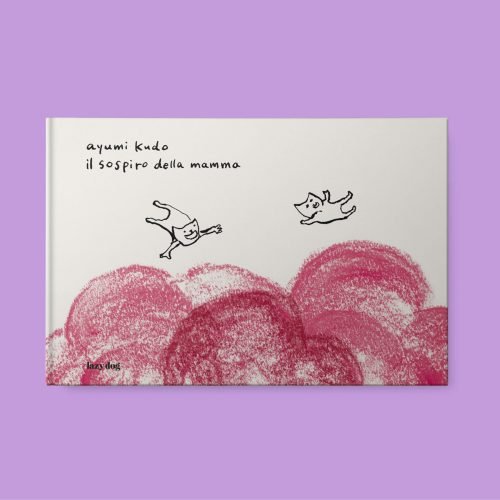