Guido Scarabottolo, one of Italy’s best-known and best-loved illustrators, presents in this volume a never-before-seen aspect of his artistic production: not drawings, but a series of thirty-two photographs that the author took during a journey of discovery through Iran, where he was invited on the occasion of the Tehran Book Fair. Deeply fascinated by the places and people he encountered while visiting cities, villages and the desert, Scarabottolo felt the urge to fix his impressions with an instrument that would allow him to capture them quickly. In spite of the unusual medium, all his sensitivity as a man and artist emerges from these shots. He is also capable of casting his gaze on unexpected subjects that manage to render different aspects of the complexity of Persian culture with great simplicity and effectiveness.

Scarabottolo, graphic designer and illustrator, proves with this work that he is an artist who is not afraid to momentarily abandon his favourite expressive technique and let himself be guided only by his own gaze and curiosity. Edited by Melania Gazzotti and Giulia Giazzoli, the volume is enriched by a critical text by Andrea Pinotti, lecturer in aesthetics, writer and expert in visual culture. 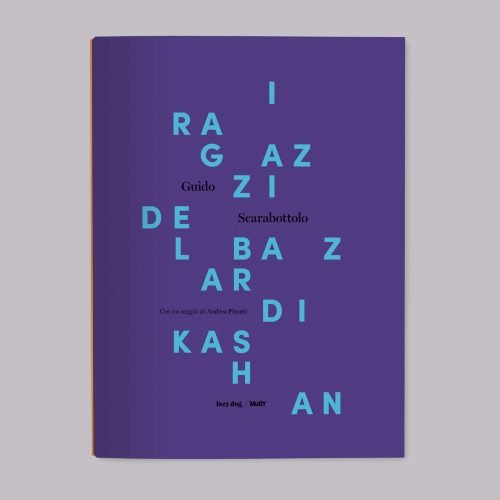