The Printing Office catalogue is enriched by an extraordinary new title, which has now become a cult for typography enthusiasts.

If fonts such as Optima, Palatino, Melior exist in the graphics industry today, we owe it to their creator, Hermann Zapf. This first book by Zapf, published in Italy by Edizioni Valdonega in 1991 – with a preface by Bruno Munari – aims to introduce a character known worldwide for his fonts and his extraordinary skills in the field of calligraphy and publishing graphics.

Over 300 illustrations are distributed in the volume, which is divided into two parts. The first consists of 144 pages of plates, printed in various colour scales, which significantly represent Zapf’s work. In the second, numerous biographical texts are used to trace the various stages of his studies on calligraphy and type design, and to describe his most recent research in the field of digitalisation.

The volume is aimed at enthusiasts of typography, lettering and calligraphy. 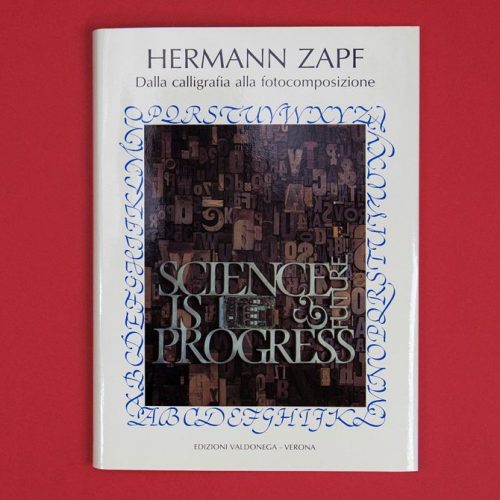