Cesare Leonardi. L’Architettura della Vita / The Architecture of Life narrates the eclectic and interdisciplinary character of Cesare Leonardi’s research. Busy in a continuous and passionate investigation, far from notoriety despite the fact that some of his works are found in the most important museums of the world and are published on international magazines, Cesare Leonardi is the example of a life dedicated to architecture and planning. Through a flow of images, interspersed with thematic essays, his production is described: a kinetic system that has passed seamlessly from design to photography, from photography to drawing, from drawing to architecture, from architecture to sculpture.

The book comes out on the occasion of the exhibition of the same name, organized by the Galleria Civica of Modena, from September 15, 2017 to February 4, 2018. A tribute from the city of Modena to the work of Cesare Leonardi over the course of four decades. The publication would not have been possible without the decisive contribution of the Cesare Leonardi Architect Archive, in particular thanks to the efforts of Andrea Cavani and Giulio Orsini, researchers at the Archive and curators of the catalog. 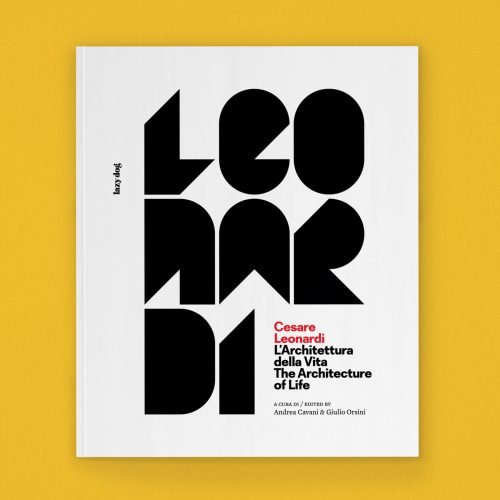