View basket “Cast it #5” has been added to your basket.

In 1736, the French engraver and typefounder Fournier le jeune (1712-1768) began producing new typefaces in his foundry in Paris. Six years later, he published the type specimen book Modéles de caracteres including a “Notice to lovers of printing” that we are happy to republish. In this text, Fournier traces a history of typography by talking about his most famous colleagues who preceded him. He describes his aesthetic choices, explains his system of point measurement of typefaces and reasoning on the need to produce them in new bodies. He concludes by pledging to improve his typefaces and the quality of French printing. 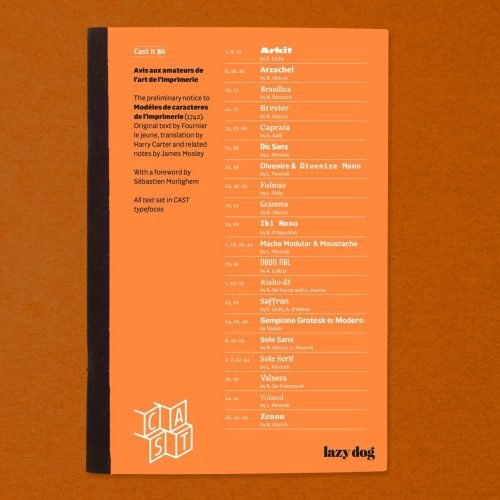