Jennifer Allora and Guillermo Calzadilla confirm their expressive power and the lucidity of their intellectual provocation. Present for the first time with a ‘solo exhibition’ specially created for the MAXXI spaces, they have already been the protagonists of incursions that have left their mark on us. Lightness and complexity have always attracted the artistic and human partnership of the American couple, of Cuban origin, who blossomed in Florence and have long since transplanted to Puerto Rico. And it is precisely to the Caribbean island, hit by terrifying hurricanes in the summer of 2017, that Blackout is dedicated: a collection of poetic and biting works. There is a denunciation of suffering produced by its history of colonial exploitation, marginality, subjection to military servitude and endemic poverty that have multiplied, to the extreme, the damage caused by the climate disaster.

So & Calzadilla, expressing the Puerto Rico forced to survive without electricity, seem to suggest that we are without light, without a plan for a sustainable future, especially at our latitudes. The book, catalogue of the exhibition of the same name in Rome from 16 February to 30 May 2018 curated by Hou Hanru and Anne Palopoli, in addition to photographs of the works on display, contains two plates by Marino Neri drawn for the occasion and essays by T.J. Demos, Sara Nadal Melsió and Frances Negròn Muntaner. 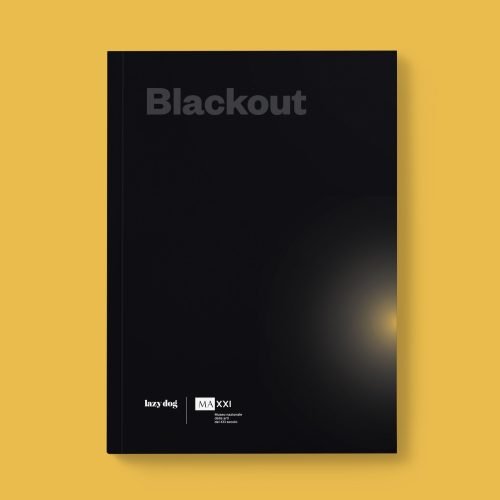